When entrepreneur Ranjeeta told her husband Yogendra who is an engineer about the award she got, he expressed his happiness but became uncomfortable. In the future on many such occasions Ranjeeta felt that Yogendra got upset on hearing about her success and fame. This resulted in fights between them on other trivial matters. Now Yogendra also started splattering on his wife’s job and started blaming her job for all the problems arising in the family. Surprisingly he would become relatively normal when his wife encountered any professional difficulties. Yogendra was unable to accept it when Ranjeeta directly confronted him. Her in laws quoted that how can a loved one show so much of hatred?
Hate is focused on the qualities, success, or control over another person. Your self- image is built on personal assessment of your ideals or similarities and contrasts with those around you. Because of personality flaws, we tend to focus on contrasts rather than similarities with others. The more we are estranged (odd) from the one we hold a grudge against, the more our sense of inadequacy and shame awakens in us. The situations that awaken these feelings make us uncomfortable and unhappy.
In the mood of hatred, the absence of that particular quality in yourself gives rise to a feeling of insecurity in you. In order to maintain your emotional defense and enthusiasm, you start criticizing your ideal person/people around you. To fulfil your own insecurities, you lower their prestige. You start criticizing their same qualities due to which they have gained fame. The same was happening in the aforesaid hypothetical example.
Jealousy and malice are a conversion of one’s own insecurities and shame. It is very common to see personality disorder, depression and anxiety disorder in people with hatred.
From childhood, we are taught the sense of comparison with our friends, brothers, sisters, relatives and neighbours. We teach the child that the encouragement/respect/affection, their physical appearance, academic success everything is comparative and depends on how others are doing it. From this we can also understand that the scope of jealousy and hatred is very limited and why our loved ones are its victim. The example of a husband and wife is quoted here but actually this problem can be faced in any relationship. 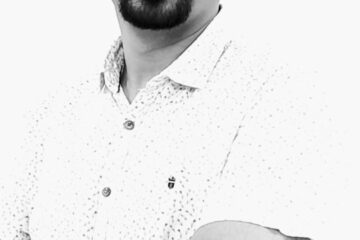 The addiction treatment of any substance isn’t like that it would fit for all. The treatments of getting off from addiction are based on the needs and requirements of an individual. A psychiatrist in Bhopal Read more…