Dr. Satyakant Trivedi is one of the most promising & established name in the field of psychiatry & psychological disorders in Bhopal as well as central part of the India. To take excellent and scientific treatment patients are coming not only from Bhopal but from other cities(Sagar, Indore, Jabalpur, Hoshangabad, Vidisha, Harda, Guna, Gwalior, Rewa, Satna etc.) of Madhya Pradesh as well as other states (Maharashtra, Chhattisgarh, Gujarat, Uttar Pradesh etc.) too.

He has done his residency in psychiatry (DPM) at the prestigious college of the Indian subcontinent "Kasturba medical college", Manipal (has been ranked among the top 3 medical colleges in the country by India today & the Hindu). He is one of the leading psychiatrists in Bhopal, India and at present, he is Head of the Department of Psychiatry, Bansal Super Specialty Hospital, Bhopal. The hospital is the leading hospitals in the Central India.(SOURCE-THE WEEK) 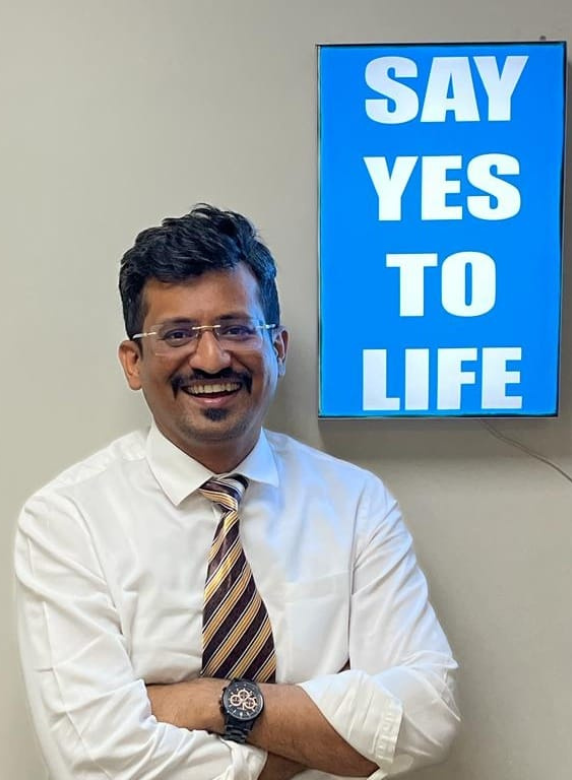 His approach is a combination of pharmacological (with medications) and non-pharmacological (like counseling, psychotherapy) methods and which collectively help in bringing the much needed mental and physical balance.

Stigma and lack of awareness regarding mental illness are the most important barriers for the treatment of mentally ill. He has started MADHYA PRADESH MANSIK ROG JAAGRUKTA ABHIYAN". Under this campaign he has been conducting several public awareness programs, lectures in various cities of Madhya Pradesh.

He is a very popular speaker, due to his excellent communicative quality and vast knowledge of community mental health and Indian culture ,he has been a speaker at various forums on issues related to mental health and psychiatric illness.

Dr. Satyakant Trivedi also has a prominent presence in the all form of media including print,electronic and social media.He has played a key role in enchancing the image of mental health in this part of the country and his views are very well accepted and appreciated.

Dr. Satyakant Trivedi Areas of Expertise in Psychiatry are following: